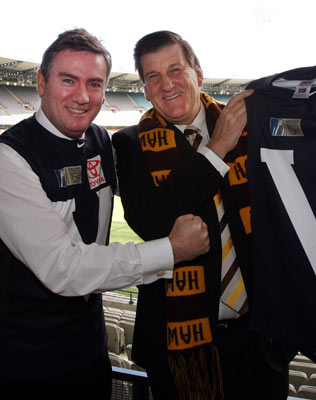 I’m left a little bit speechless after I read this in in the paper today. Â  Former Premier of Victoria Jeff Kennett (pictured on the right) sticks his nose into the sacking of a gay footy coach.Â  I really don’t know what to say so I’ll just let you read the following article.Â  Jeff is also heavily associated with Beyond Blue, the national initiative to prevent depression.

Article from: Sunday Herald Sun
FORMER state premier Jeff Kennett has provoked a gay rights storm by backing a football club that sacked a trainer for being gay.

The Hawthorn president and potential Melbourne lord mayor sparked calls for his sacking after saying Bonnie Doon Football Club was within its rights to sack veteran trainer Ken Campagnolo after it found out he was gay.

“The club felt that once this had been pointed out and you had this gentleman there who was obviously close to young men – massaging young men – it ran an unnecessary risk and that’s why it decided it was best that he not perform those duties again. So the club was trying to do the right thing,” Mr Kennett said.

“When you are in charge of a group of young boys, as this club was as I understand it, it’s got to make sure.”

Mr Kennett said it was as if the club had a pedophile trainer.

“It’s the same if you have a pedophile there as a masseur, right?”

“And you might say the pedophile would do no damage, but once it was pointed out to you, you have a duty of care to those underage children not to put them in a situation of risk.”

He could not guarantee a gay trainer would be welcome at Hawthorn, adding: “I don’t know if we’ve got any.

“I’m just saying at the moment we have a duty of care to our players and staff and you have to make judgments on that. If you don’t do it you end up with potential legal liability.”

Mr Campagnolo is fighting the Bonnie Doon Football Club, the AFL and Benalla and District Football League in the Victorian Civil and Administrative Tribunal over his 2007 sacking.

On Friday, the AFL failed in a bid to have his complaint against it struck out, with the tribunal ruling the matter must go to mediation.

Mr Campagnolo said he was appalled by Mr Kennett’s remarks.

“I am not a pedophile. Does that mean every straight male doctor cannot treat any female patient?” he said.

Rodney Croome, of the Australian Coalition for Equality, said: “Jeff Kennett should immediately step aside from his role in Beyond Blue.” 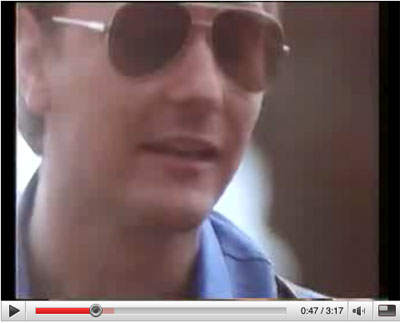 Ed Kuepper is a musical god!Â  I haven’t seen him play since the early 90’s.Â  I was really excited to find some of his stuff on YouTube today.Â  This is one of my favourite songs. Â  I first saw Ed Kuepper and the Yard Goes on Forever play at the Corrimal Leagues club in the late 80’s.Â  Click Ed to listen. 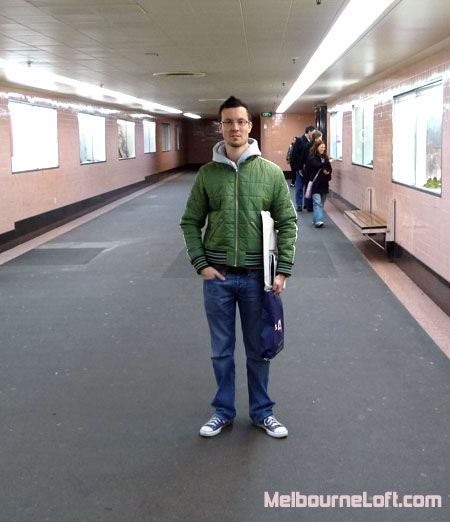 Something very strange has happened this week. It started on Sunday when I was interviewed for a new magazine starting up in Australia. The interview took an angle I was not expecting… it was an interview about me rather than the work I do. I found myself struggling a little to avoid talking about my personal life. It didn’t last long… but the topic has been lingering in my mind. So it started on Monday night with really weird dreams about letting people and making bad decisions. I ended up going to the doctor on Wednesday after feeling really weak and ill. He just told me that I have a virus and should gets lots of rest and fluids. I’m feeling fine now. But there is something about the dreams I’ve been having. I am starting to wonder what I am doing in Melbourne, why am I still working at my job, why am I still alone?Â  The dreams are trying to tell me something. A psychic in Bondi once told me that I have spirits around me always protecting me. I wish they could speak to me. 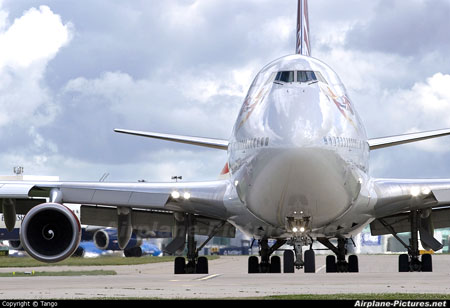 Well the plans progressed this week. Â  The meeting and the testing I will be doing in our office in Germany is going ahead.Â  Today I got the quotes on our flights and booked in to a nice hotel near the office.Â  The office is located in a small town outside of Frankfurt. Â  It looks like I could be there for a month, but that could be shorter or longer.Â  It all depends on how the system testing goes. Â  If all goes well I might add a few days to the trip and stop over somewhere in Asia on the way back.Â  I am also thinking I make take an o/s vacation later in the year…Â  I’d love to see snow again. 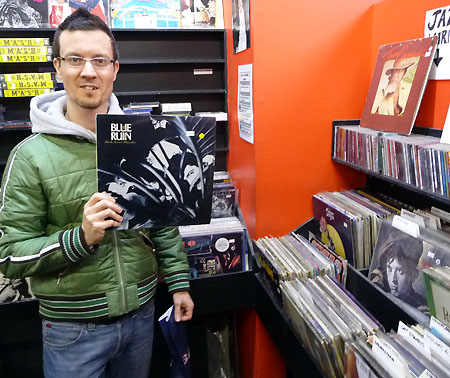 I have Greg from Wollongong staying with me at the moment.Â  We spent Day 1 of his visit shopping and eating along Chapel Street.Â  It’s been ages since I have been along there. Â  Someone told me that an American Apparel store opened there but I couldn’t find it. Â  Anyway, the best find of the day had to be Blue Ruin’s first album “Such Sweet Thunder”. Â Â  And for just 8 bucks…Â  I had to have it.
I also bought a pair of AFL footy shorts from a tranny in a thrift shop.Â Â  All in all it was a pretty fun day. 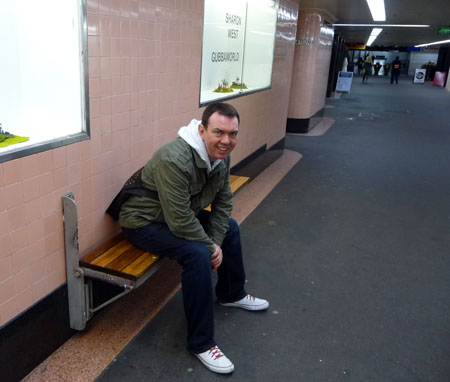 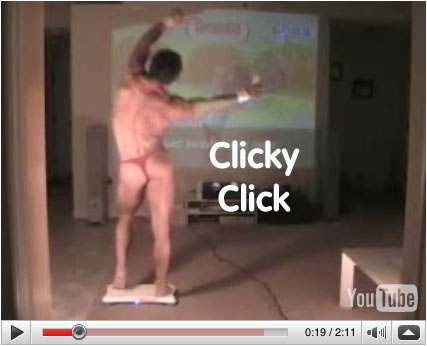 Not even I would think of something as twisted as this.Â Â  You can see Playgirl model Nicholas Ryan naked HERE, HERE, HERE, HERE and HERE.Â  That’s the January to May gym fees paid.

Okay so now you can see what I have done with Jake’s bedroom. Â  We are treating those with poor health in there. Â  Actually I’ve kinda been busy editing the shoots we have done over the past few weeks to add into the Private Room.Â  I’m really happy with the quality of the photo and video shoots we have done lately.Â  Now I can’t wait till summer comes so we can start shooting outdoors again.
If you haven’t already make sure you check out the Private Room where there is now over 400 videos and thousands of high res photos. 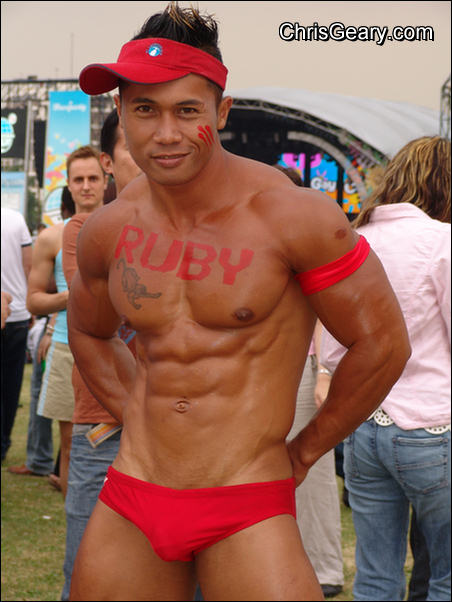 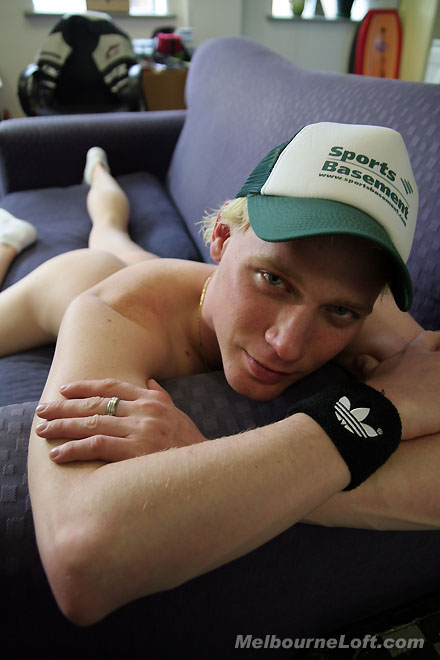 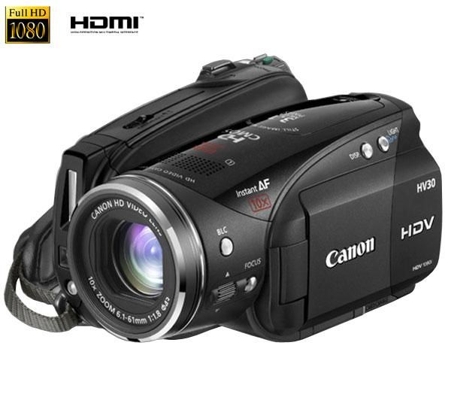 Oh boy..Â  the fun we are going to have with this baby. Â  I bought the Canon HV30 last weekend after much research into HD video cameras that still record to MiniDV. Â  I guess this replaces the Handycam that has recorded over 400 videos for the Private Room.Â  Can you believe that?? We tried it out on a roadside shoot near Mornington on the weekend.Â  It works pretty well.