Okay, so the new housemate is a snake! When Chris moved back in again a few weeks ago he brought his new pet with him. Sam is a pet python. Apparently it is legal to keep snakes as pets here. I had no idea! So Chris then headed off overseas for 6 weeks… so I’m snake sitting. Today was the first day that I had the courage to let the snake right out of his box. And everything went well until it tried to slip under the mattress on Chris’ bed. I’ve never seen the thing move so quickly! It was on a big escape mission. Anyway, even though I’ve now handled the snake on my own, I still don’t really like them. 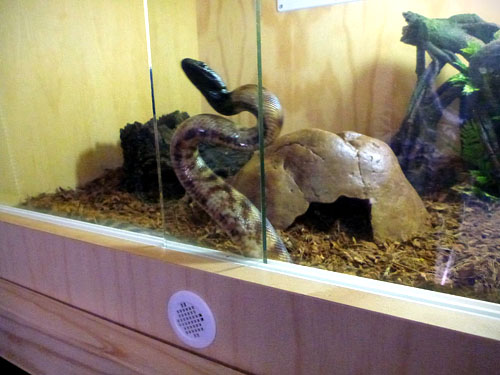 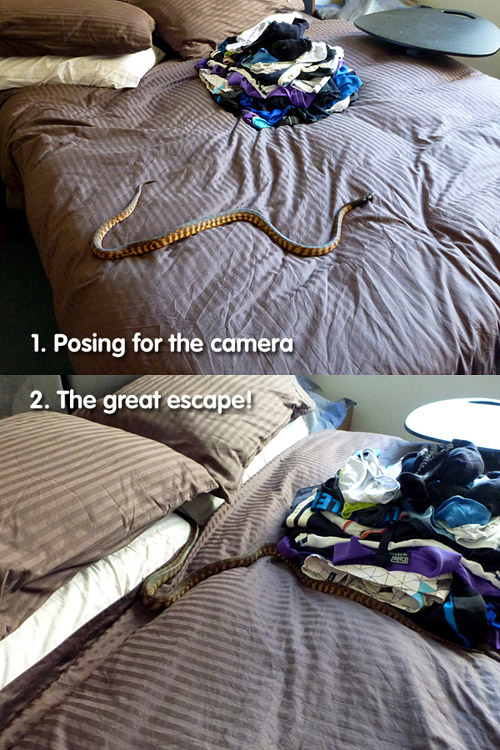 While everyone is out I’m taking the opportunity to clean up the Loft. Since Chris moved in a couple of weeks ago I have ran out if space and started packing stuff around my bed. So it’s time to get ride of some more stuff again. I seem to have so much more space now.
Sent from my iPhone 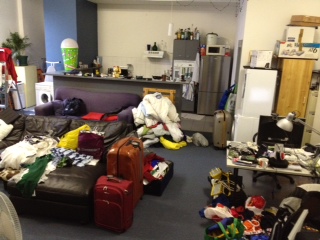