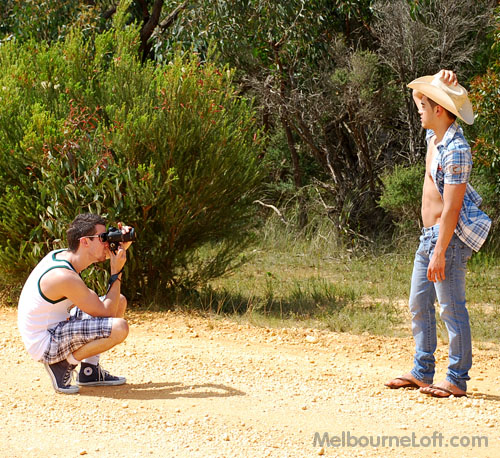 I’ve had a busy couple of weeks so I have had much time to post. Â  So now it’s time to catch up.Â  Two weeks ago we had our first trip down to the surf coast to catch some rays at the beach and do a little shooting. Â  These shoots always turn out really well. Â  But I was really alarmed at the difference in the quality of photos taken by my camera and Chris’ Nikon.Â  The Nikon photos were amazing! Â  Virtually to the point where no post processing in Photoshop was required.
It was a fun day and I expect we’ll be heading down that way a lot more times this summer. 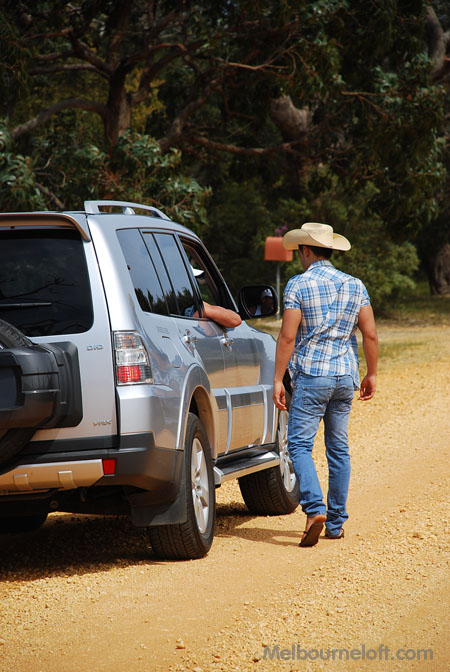 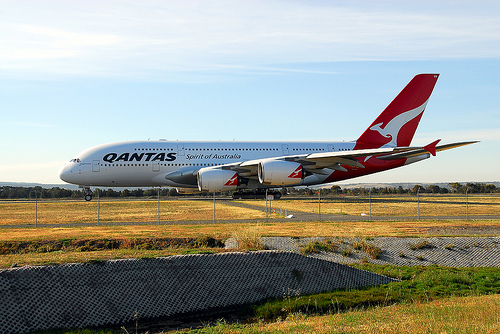 At last a good news story from Qantas. Â  Yesterday the brand spanking new Qantas A380 Airbus took off from Melbourne’s Tullamarine airport for the first commercial flight. Â  Winging it’s way to Los Angeles the airbus was packed to the rafters with a large crowd of excited people waiting to check out the new ride. Â  The plane was full of celebrities, Qantas officials and crazy tourists (a bit like me). Â  Some people were waiting in Los Angeles a few hours just to get back on the airbus and come back home again… Â  and it’s a 14 hour flight! Â Â  I’m a bit sad that I was not there. Â  I had planned to ride the plane in September when it was first scheduled to fly. Â  But a delay in delivery meant it would not fly until October. Â  A busy time at work for me.
So I will get to fly on the big birdÂ  next year when I’m hoping to do another round the world trip.Â Â  The guy below is a Melbourne business man, Ron Walker.Â Â  This guy is REALLY tall.Â Â  Doesn’t that space look comfy!Â Â Â  The plane was met at LAX by John Travolta and Olivia Newton-John. 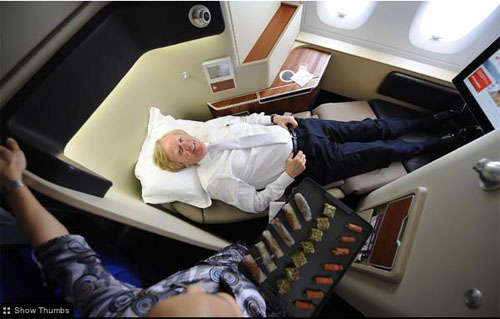 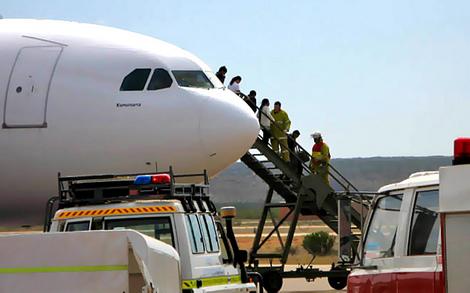 Good name for a movie eh?
Well it hasn’t been a good week for Qantas this week.Â  A couple of days ago an Airbus A330 carry 303 passengers travelling from Singapore to Perth suddenly lifted and then quickly dropped, pushing many people head first into the ceiling of the plane. Â  There were between 30 to 40 people with pretty serious injuries.Â  So much so that the plane made an emergency landing at in airport in a remote location in Western Australia.
One man said that he was pinned to the ceiling for enough time to look around to see where he could possibly safely fall to.Â  But by the time he fell there was already broken glasses and bottles all over the place.
I’ve heard that there was a computer malfunction that allowed them to hit something called “clear air turbulance”.Â  Like a jet stream perhaps.Â Â  And presently they are questioning the passengers to see if anyone was using a laptop computer or any other devices using a wireless transmitter.Â Â  Back in July a man clicking on his cordless mouse was blamed for sending a Qantas jet off course.
The findings of this accident will be very interesting and may change our travels in the future.Â Â  I’m sure Qantas and Airbus will be very keen to see hear the results.Â Â  Passengers were given a refund for their flight and a free London to Sydney trip in the future.Â Â  I am guessing they would have paid for the passengers to get home and some medical expenses as well.Â Â Â  As a frequent flyer I can imagine just how scary those moments would have been.
Below are a few shots from inside the Airbus after it landed. 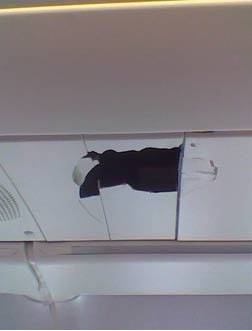 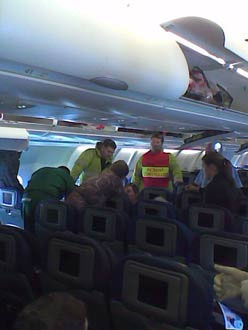 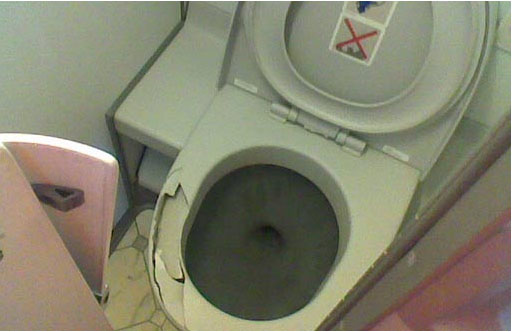 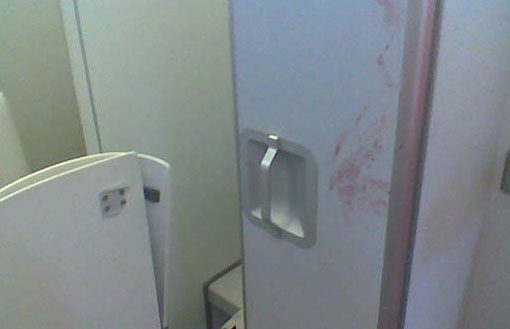 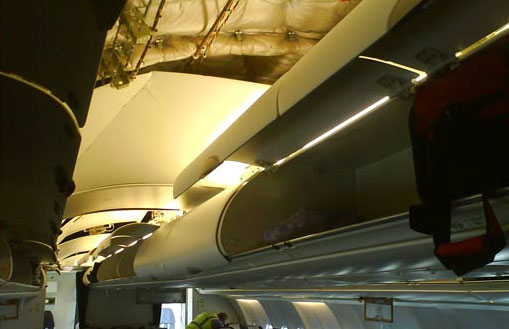 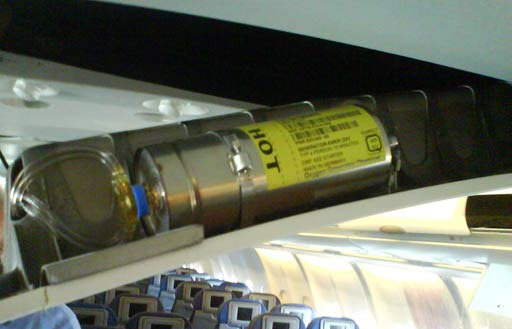 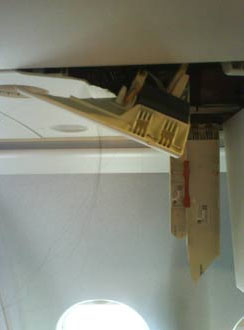 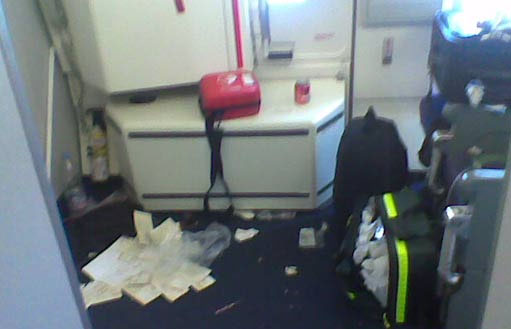 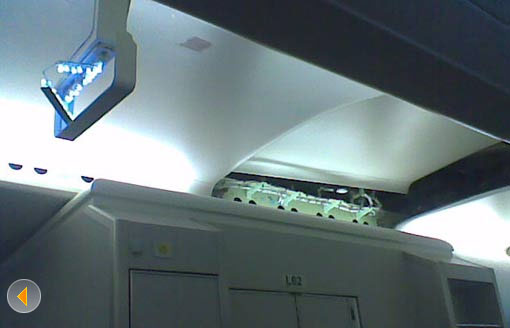 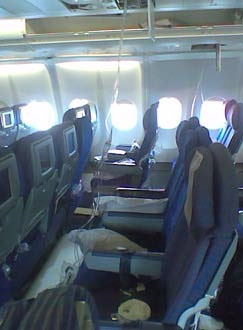 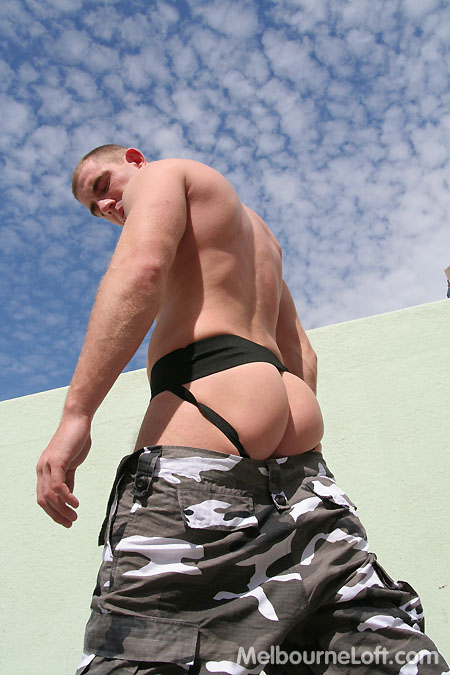 I am loving this sunny warm weather! Â  It’s perfect for outdoor photography. Â  Soon I’m hoping to get down the coast or out to rural Victoria for some outdoor shooting.Â  I was busy with work this weekend so I didn’t get to enjoy it.Â  The above was taken out on my rooftop last weekend. Â  I’m pretty tired now…Â  I think I’ll go fluff up both my pillows and go to sleep. 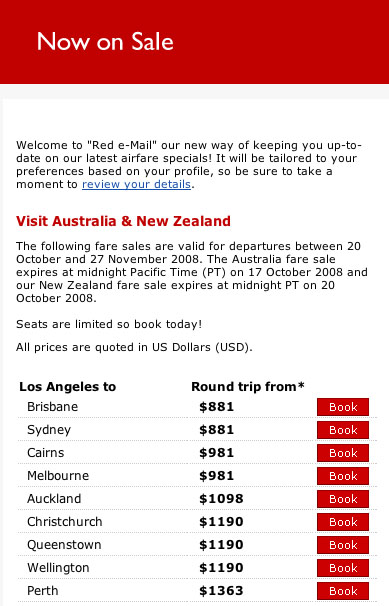