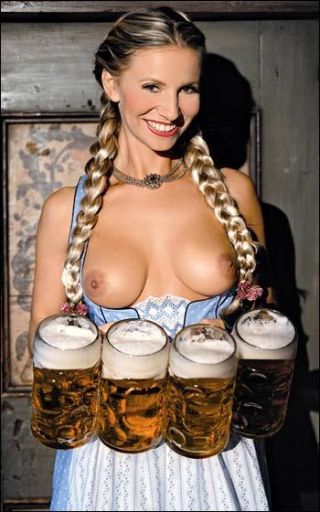 I’ve been amazingly busy these past few weeks with work. Â  I just got home from a week of training and workshops with my teams in Sydney.Â  And during it all there were loads of late nights with plenty of drinking. Â  So it’s nice to be home for the weekend to get some rest. Â  The big news is that later this year when we are doing our SAP upgrade I will be doing the user testing in our office in Germany. Â  It looks like I could be over there anywhere from 2 to 8 weeks!Â  It will be nice to see Germany again.Â  I have so many nice memories from my previous trips there.Â Â  I will be based in a city near Frankfurt from late in September.

1 reply on “Working in Germany”

Just to let you know: Munich Oktoberfest – the big beer festival – runs from September 20 to October 5, 2008. The two gay events are on the first Sunday September 21, 2008 and Monday September 29, 2008.
If you are already in Germany “late in September” consider visiting us in Munich.