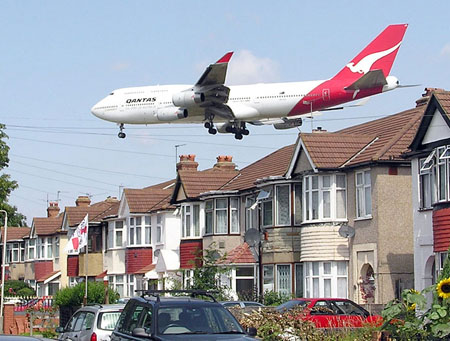 You know I love planning a big trip. Â  Well this one still won’t quite crack the 3 month vacation I took in 2005 but it’s still pretty good! Â  Frank and I are heading out on a round the world trip! Â  Most likely starting in August the catch the end of the northern hemisphere’s summer and miss the end of our winter. Â  It’s important that I cut my winter’s short.
So here’s the plan.Â  I have been accumulating points for a very long time so it’s time to start spending them. Â  So Qantas is oing to cough up 2 free tickets so we can fly for up to 35,000 miles around the world. Â  That’s quite some distance and I reckon we can do it in 40 days.
Late last year after Qantas received their first A380 airbus they started to fly the older Boeing 747’s non-stop from Sydney to Buenos Aires in Argentina. Â  Roughly it’s a 13 hour flight. Â  I love the idea of being connected to Argentina by one flight. Â  So our first flight will be from Melbourne to Sydney to Argentina.Â  Qantas flies to the beautiful South American city 3 times per week. Â  I’m just planning the leave from work now and then I’ll be getting the gorgeous Qantas staff to book us in!
The picture below was taken in Buenos Aires in 2005. Â  I am standing in front of the burial place of Eva Peron in Recoleta. 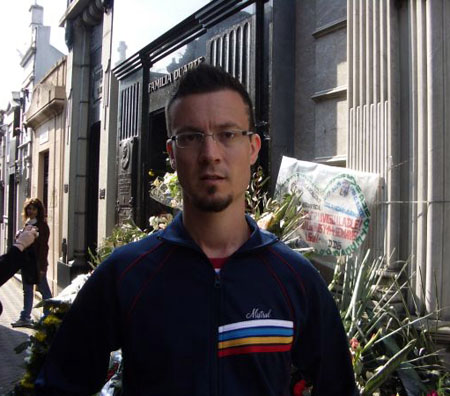