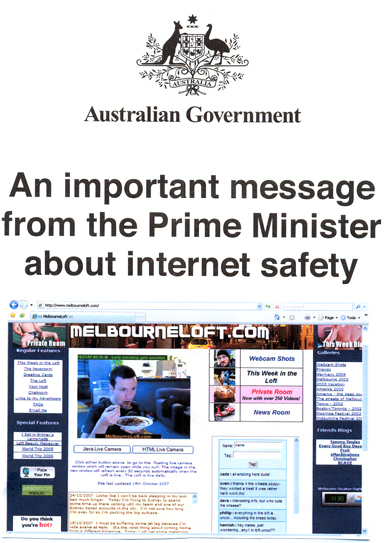 It’s just one week now till we all go to vote for the new governing party of Australia.Â Â  I’m hoping the coalition party and John Howard will be kicked out in favour of the Labor Party.Â Â  But they have to take over 16 seats from the Coalition to make this possible…Â  which would be quite a huge feat.Â Â  So we should know in a little over a week who the next Prime Minister of Australia will be….Â Â  and our future for the next 3 years.