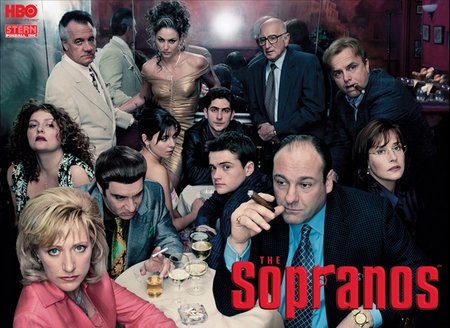 Okay…Â  another reason why I have been so quiet lately is because I’ve been hooked on the HBO Jersey mafia series The Sopranos.Â Â  I love this show!Â Â  Maybe not as much as the West Wing but it’s still pretty dam good.Â  I love the way that the final series are shot more like an independant movie than a TV series…Â Â  and the acting is superb.Â Â  I sit there watching episodes in a row waiting to see who gets whacked next.Â Â  I’m on the last series now where just when you think everything is falling apart things seem to come together again.Â Â  If you haven’t checked out the Sopranos I suggest you do…Â  and start at series 1 so you know what’s going on.Â Â  I think watching the Sopranos is having some affect on me…Â  I’ve started paying for my lunch with cash in envelopes.